If there is a horse that you would like to get involved with, please get in touch & we will organise a stable visit. If you are interested please phone Alan on 07506479522 or email on adcrombie@hotmail.co.uk asap. Details can be found on the contact page. 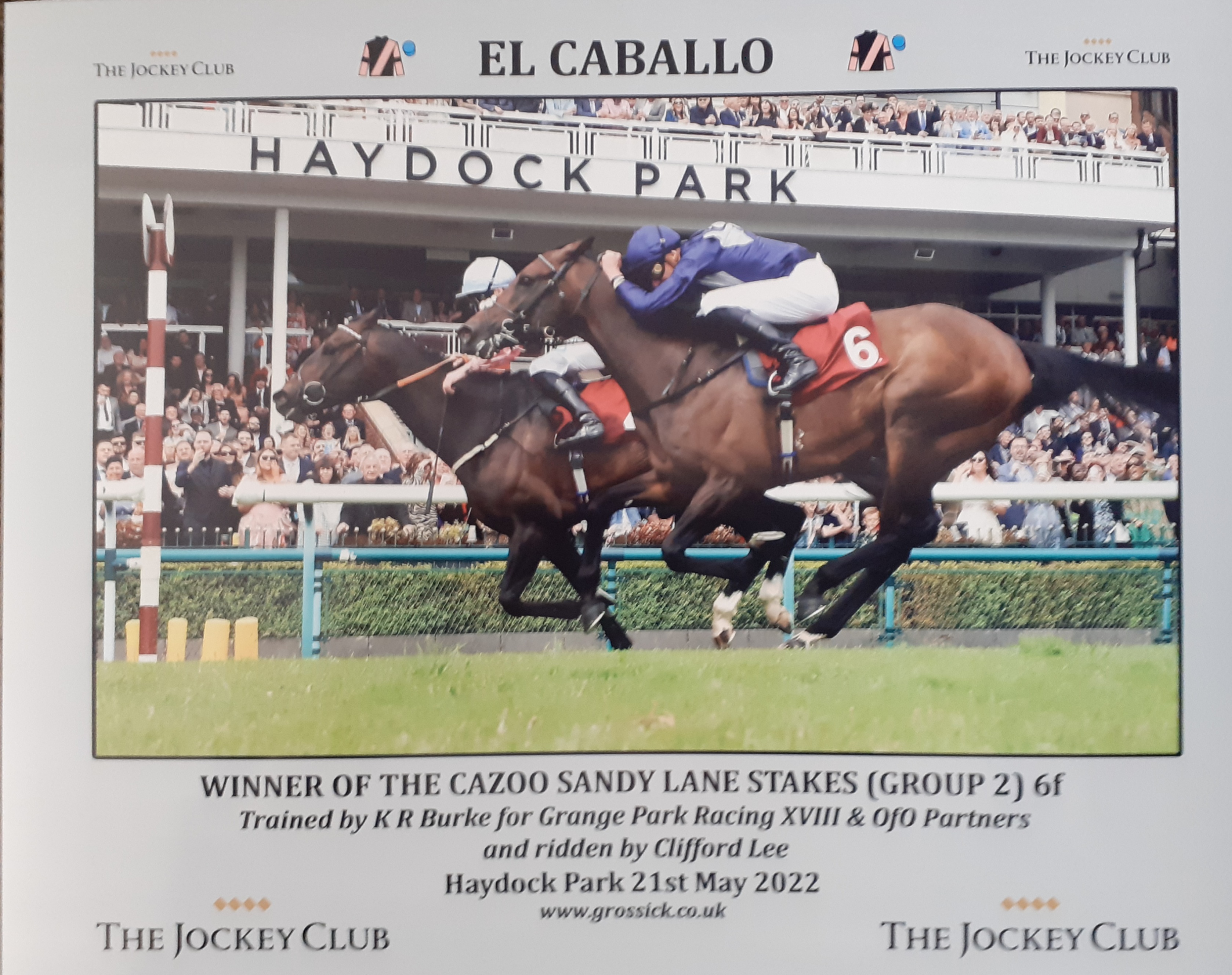 Click here to watch Karl's update on the colt's progress

This well bred son of Havana Gold is now the winner of three races from only four runs. On debut he was a length second to the Ricahrd Hannon trained Armor, who went on to win the Group 2 Molecombe Stakes. El Caballo then went on to follow that promising run with a very easy win in a Carlisle novice race. We then planned to take him to France for a Group 3 contest, but unfortunately he sustained an injury with a stress fracture of the tibia, which meant a period of box rest. This meant that he didn't run again for 200 days, but then made his comeback in a Class 2 6f Conditions race. He won that race by a going away 3 lengths. This third win, came at Newcastle on 23rd February, when he beat two 100 rated fillies giving them weight, He won by a comfortable 1 3/4 lengths. His 4th win was his biggest to date, when he was stepped upto 7 furlongs & duely won the Lingfield Park Listed Spring Cup, ridden by Sam James.

His latest & 5th win was his biggest monetary win to date, when he won the £150k Class 2 3yo 6f Conditions Stakes at Newcastle on All Weather Finals Day, ridden by Clifford Lee. He will now contest the Group 2 Sandy Lane at Haydock, before hopefully running at Royal Ascot, either in the Commonwealth Cup or the Jersey Stakes.

Following his excellent win at Newcastle, he made it six wins on the bounce, when winning the Group 2 6f 3yo Cazoo Sandy Lane at Haydock on Saturday 21st May 2022, again ridden by Clifford Lee. We were also delighted to have given Clifford his first group winner, when he rode this talented colt to victory at Haydock. His victory has now given him a rating of 112 & will head to Royal Ascot to contest the Group One, Commonwealth Cup.